GET A FREE CONSULTATION TODAY

When you get arrested, a million things immediately sprint though your mind. The most 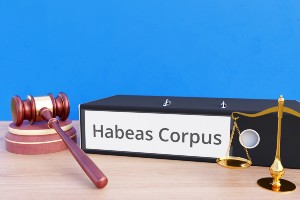 prevalent of those questions are typically: 1) what do I do? and 2) what’s going to happen next?

One of the things that you need to remember is that any time that you interact with a police officer or a member of law enforcement, you are entitled to your Miranda Rights. Your Miranda Rights arise from the 5th Amendment right to be free from compelled self-incrimination, and the 6th Amendment right to counsel. Anyone who has watched bad cop television shows will be able to tell you that, “You have the right to remain silent. Anything you say or do can be used against you in a court of law. You have the right to an attorney. If you cannot afford an attorney, one will be appointed to you by the State.” But what surprises most people when they get arrested is that the police don’t often read you your rights. Even though they have not read them to you, you should still exercise your right to remain silent during all police encounters. Even small statements made to the police can have negative consequences. For example, if you’ve been pulled over for a suspected DUI/DWI and the police officer asks you, “how much have you had to drink tonight?” if you respond, “only a few drinks.” By answering, you have just admitted to drinking and driving. The best advice for anyone involved with police interactions is be polite, and say nothing.

Once you are arrested, in the State of Maryland, you are taken to a District Court Commissioner. The Commissioner is not a Judge. In fact, they’re usually not even attorneys trained in the law. Despite that, they are the first individuals who are authorized to determine whether or not you will go home or to jail while you wait for trial.

The Commissioner makes this determination based upon two factors: 1) if you are a flight risk, and 2) if you are a danger to the community, victim, or yourself. In order to determine if you are a flight risk, the Commissioner will look at the nature of the charges against you, generally speaking defendants are perceived to have a greater incentive to fail to appear in court if the charges are more serious. The Commissioner will also evaluate facts such as: where you live, how long you live there, if you work in the State, if your family lives in the State, and other community ties that you may have which decreases the perceived flight risk. In determining whether or not you are a danger to the community, victim, or yourself, the Commissioner will give heavy deference to the alleged facts contained in the police report. For example, if you are accused to have robbed a grocery store at gunpoint, you will be perceived to be dangerous. If you’re accused of shoplifting, you will likely not be perceived to be dangerous. The Commissioner, will examine all of these facts and determine if a bail is appropriate. If the Commissioner gives you a bail, or releases you upon your own recognizance (that is to say, they are releasing you and trusting that you recognize that you must appear for court), you will be able to go home.

If the Commissioner orders you to be “Held Without Bail” or “Held Without Bond” then you will spend at least one night in jail. On the following day, you will have a Bail Review Hearing in front of a District Court Judge. A District Court Judge will evaluate the same factors in determining if they should release you; however, Judges tend to be more skeptical of the alleged facts and are typically more likely than a Commissioner to release a defendant.

If either the Commissioner or the Judge releases you on your own recognizance, you will be immediately released. If either the Commissioner or the Judge releases you upon the posting of a bail, then there is still more work to do. Most bails are what are called “cash bails.” Essentially you can pay the Court the required amount in order to go home. This money is held and assuming that you appear for Court, the money is returned to you. You can pay the bail with cash, or you can post your home as collateral. However, what most defendants do is hire a bail bondsman to post your bail. A bail bondsman is an insurance agent who will pay your bail for a fee. If your bail is set at a price that is too high for you, a bail bondsman can be an invaluable resource who will pay for your bail immediately so that you can go home. In return, you will have to pay the bondsman a fee which is typically ten percent (10%) of the total bail. Most bondsmen will bail a defendant out with as little as one percent (1%) or zero percent (0%) of the total bail paid up front.

PETITION FOR WRIT OF HABEAS CORPUS

If you are Held Without Bail or Held Without Bond, you still have options. A Petition for Writ of Habeas Corpus is a filing that a defendant can make in the Circuit Court which in essence demands that the State bring you to another hearing in front of a Circuit Court Judge to determine if the bail determinations made by the District Court Judge violates your 8th Amendment right to be free from cruel and excessive punishment. While the argument is slightly altered, the Circuit Court Judge hearing a Habeas Corpus Petition will evaluate again if you are eligible to be released pending the charges against you while evaluating: 1) flight risk, 2) danger to the community, victim, or self, and 3) whether the previous bail conditions violates your Constitutional Rights.

For many defendants, the Judge is torn between allowing them to go home on bail and holding them without bail. For those defendants, it can often be a great advantage to be able to suggest to the Court that the defendant be release onto GPS monitoring or home detention. GPS monitoring or home detention allows a defendant to be home pending trial, and it even allows them to go to work, school, doctor’s visits, attorney’s visits, etc. Obviously, everyone would agree that being on home detention would be better than in jail awaiting trial.

It is a common misconception that Courts always have GPS devices that can be used by defendants for GPS monitoring and home detention. However, most jurisdictions have a comically low inventory of GPS devices. A defendant who wants to pursue GPS monitoring or home detention as an alternative to being Held Without Bail or Held Without Bond pending a trial, should be prepared to hire a private GPS company. There are several options, but generally speaking a defendant should expect that private GPS will cost approximately $400 per month. This is admittedly a high fee, but the alternative is usually jail.