Maryland’s Rules on Self Defense 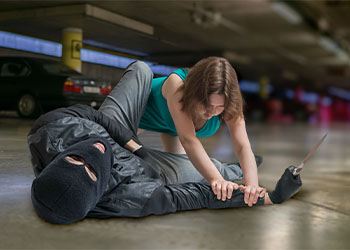 In 2019, there were 4,737 incidents of violent crime in Baltimore County alone. Of these cases, some of those charged will be guilty, but others may have only been acting in self-defense. Perhaps you were the victim of domestic violence or were under assault from someone else. Unfortunately, regardless of your guilt or innocence, you still have to take your charges seriously, and this often means obtaining the assistance of a criminal defense attorney.

If you’re in the Catonsville, Maryland region or nearby areas of Columbia, Baltimore, and across the state of Maryland, contact BSS Law, LLC today to schedule a consultation. Attorney Bradley Shepherd has the experienced legal guidance and reliable representation to address your situation.

In every state, there are laws on the books that allow the use of self-defense if you’re attacked or assaulted, but there are several restrictions surrounding them. In a legal proceeding, only someone who has been charged with a violent crime can claim self-defense in an attempt to have their charges dismissed. This generally means that they admit to using force or violence against someone else, but they were only doing so to protect themselves or someone near them.

When Can It Be Used As a Legal Defense?

Although self-defense laws are an essential component of our criminal justice system, they can only be used as a defense in specific circumstances. And, the burden of proof will be on the defendant and their attorney to convince the court they were acting within the confines of the state’s law. A successful self-defense case will be able to prove the following:

Duty To Retreat In Maryland

Maryland, like many other states, has a requirement that those who claim self-defense must first attempt to retreat unless it’s impossible or dangerous to do so. This is what’s known as the “duty to retreat” law, and if you cannot prove that you attempted to retreat, your self-defense claim may not be justifiable. However, there are instances where you do not have to retreat, and the most well-known of these is the “castle doctrine” or the “stand your ground” doctrine. The castle doctrine states that you do not have to retreat if someone tries to assault you in your home (castle), and you can use reasonable force to deter or defeat them.

Mounting a successful self-defense claim can be complicated depending on the details of your case. You shouldn’t attempt to represent yourself in court, even if you know you’re innocent. You do not want to risk the possible penalties of a guilty verdict which could include fines, jail time, and a conviction on your criminal record. At BSS Law, LLC, you’ll get personalized attention from Attorney Bradley Shepherd, who can help you understand your options and give you the best chances of having your charges dismissed. If you’re in Catonsville, Columbia, or Baltimore, Maryland, reach out today to get started.