DUI Tests and Your Rights 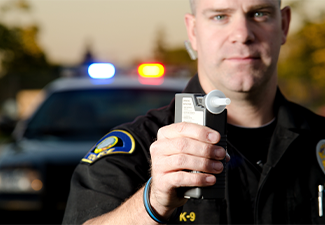 Driving under the influence of alcohol or drugs, also known as DUI, is a serious charge in Maryland. If you are facing DUI charges in Catonsville or other parts of Maryland, you need to understand your rights pertaining to DUI tests.

According to the Foundation for Advancing Alcohol Responsibility, over 18,000 people were arrested for driving under the influence of alcohol in 2018. If a police officer pulls you over and believes that you are impaired by alcohol or drugs, you may be asked to step out of your vehicle to perform a field sobriety test and submit to a breathalyzer test.

What are your rights when a police officer asks you to submit to a DUI test? Can you refuse field sobriety, blood alcohol, or breath tests in Maryland? If not, what are the consequences of refusal? Consider speaking with Bradley Shepherd, a knowledgeable criminal defense attorney in Catonsville, Maryland, to discuss your legal rights when facing DUI charges. Call BSS Law, LLC today to schedule a consultation to learn about your rights during DUI stops in Maryland.

As in most other states, the implied consent law in Maryland states that anyone who operates a motor vehicle is deemed to have consented to a blood or breath test to determine their level of impairment should they be pulled over. Under the implied consent law, refusing to submit to testing can result in additional punishment.

Thus, as long as a police officer has reasonable grounds to stop your vehicle, they have a right to administer certain tests without having to obtain a warrant. While the officer cannot physically force you to submit to testing, refusing to take a breath or blood test can result in an automatic driver’s license suspension.

Field sobriety tests are administered by law enforcement during DUI stops to test a driver’s balance, coordination, motor skills, and other capabilities to determine whether the driver is under the influence of alcohol or drugs. In theory, being impaired by alcohol makes it more difficult to pass field sobriety tests, though these tests are not the most accurate way to prove intoxication.

Blood alcohol tests, also known as BAC tests, are considered more accurate when it comes to determining a person’s level of intoxication. BAC tests are designed to measure alcohol concentration in the person’s blood. In Maryland, the legal limit for BAC is .08%.

While drivers must submit to blood alcohol tests under Maryland’s implied consent law, field sobriety tests are not required.

Before refusing to submit to a blood, breath, or field sobriety test, you need to understand the penalties for refusal in Maryland.

If you refuse a field sobriety test, there are no consequences of refusal. However, you may face penalties for refusing to submit to a blood alcohol test. In Maryland, your driver’s license is automatically suspended for refusing a BAC test under the implied consent law.

However, drivers have a right to contest the suspension by requesting a hearing within 10 days. A driver may also be ordered to install an ignition interlock device for refusing to take a blood test.

If you or someone you love has been arrested for DUI in Catonsville or elsewhere in Maryland, you need an experienced criminal defense lawyer on your side to help you fight for the most favorable outcome possible in your case. Bradley Shepherd will work to challenge the results of your DUI tests, defend you against the charges, and protect your freedom. BSS Law, LLC proudly serves clients facing DUI charges across the state of Maryland, including Baltimore, Catonsville, and Columbia.